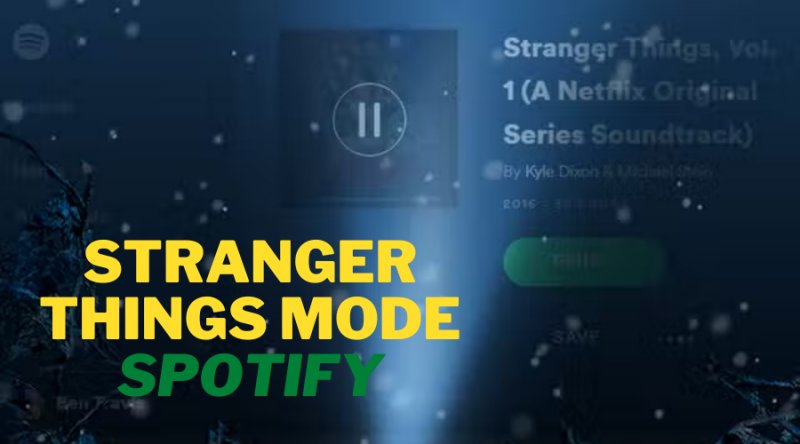 Spotify has launched a really fun and interesting feature to celebrate the release of season 2 of Stranger Things. This feature is called Stranger Things mode Spotify, and you have to see it to believe it. Exactly what do these settings do, and how can you access them?

By playing the Stranger Things soundtrack on a mobile device that runs Android or iOS, you can see what Upside Down looks like. 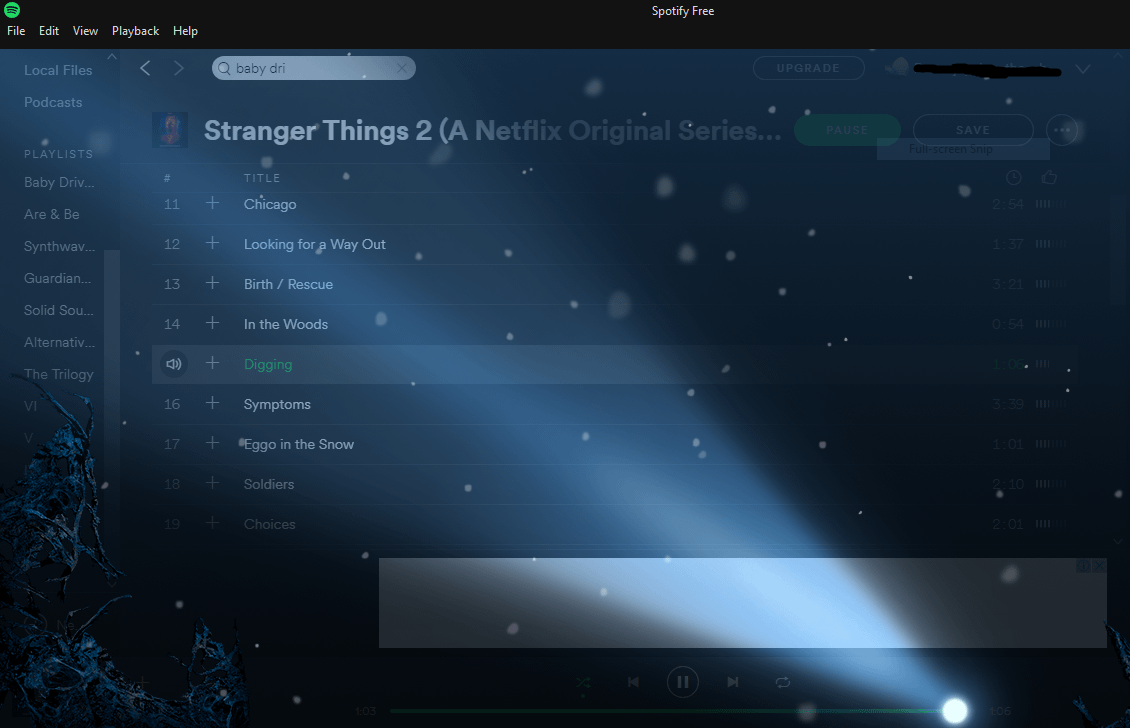 You cannot use Spotify Stranger Mode on the mobile app unless you’re listening to the official soundtrack.

Browse to the official Stranger Things soundtrack in your Spotify mobile app to see the Strange Things setting in action. Click here to listen.

You can enable the Stranger Things mode in Spotify by using the green slider in the playback settings.

After you have done this, you will see some very strange things happening in your play window. As a result, your Spotify skin will be turned upside down with floating lights and flashlight beams tracking the playlists and album art.

Your current location is Demogorgon’s home. By browsing away from the soundtrack, you can quickly deactivate it if you get too scared.

The Easter Egg is nothing that remarkable in truth, but it is a great way for the developers to celebrate the release of Stranger Things’ latest season through the mobile app.

Are you able to use it on a desktop computer?

My desktop version of Spotify doesn’t seem to be able to support the Spotify Stranger Things mode; only Android and iPhone phones work.

Can it be used on other Spotify tracks?

Unfortunately, no. I linked the official soundtrack to the article higher up in order to demonstrate the Easter Egg mode.

If you are having trouble getting Stranger Things mode to work, there are two likely reasons; either you are not listening to the official soundtrack or you are trying to use the desktop version of the software.

| Editor Note: 17 Reasons Why Mac Is Slowing Down

Does Spotify have any other Easter eggs?

It is possible that the Stranger Things mode on Spotify will no longer work by the time you read this post. It was nothing more than a piece of fun and promotional work that is probably not going to stick around forever… does Spotify have any other Easter Eggs hidden within?

As you can see, I have also found a Star Wars-related one as well.

The time playback bar of the Star Wars score on Spotify is changed with a cool lightsaber graphic instead of the usual slider when you play the score.

The following statement was also made by an official spokesperson for Spotify on their support forum:

“We are considering the idea of having Spotify develop more fun features such as this in the future. We are encouraging you to vote on whether you would like to see overlays for the playlists in the future.”

Do you think you could suggest a few more things to the Spotify team to see how many you can think of?

What Halloween season would be complete without a little spooky fun?

It’s a fun option to share with your friends this season, even if the Stranger Things Spotify mode and settings may not leave you hiding around the back of the couch.